"We need binoculars to locate the bathroom", I joked, once we had settled into our room at the Umaid Bhavan Palace Hotel in Jodhpur. No question, it had been built as a palace; you could get four modern hotel rooms into the space we had! From above our enormous double bed, the stern, formal family portrait of a splendidly be-whiskered Indian aristocat, in full Rajput costume, looked severely down upon these foreign interlopers in his stately abode! At the time of our visit, the Maharaja (which translates as "great king") and his family still lived in one wing of the Palace. It's a splendid building, dating from the 1920s and any lover of Art Deco will be thrilled by what they find. Old the building may be, but it has been tastefully modernised, and visitors may swim in the underground Zodiac Pool, enjoy the spa and gardens that extend over 25 acres, plus a museum displaying the family's antiques. Jodhpur is one of many astounding cities in the Indian state of Rajasthan, the Land of Kings. It's worth going just for the Palace itself, which you might remember seeing in the finals of Masterchef a couple of series or so back. But Jodhpur also has one of the most impressive and impregnable forts in India too. Occupying the whole of the top of a 400 ft high hill, with a dizzy, vertical drop on one side, there are several palaces within its thick, sandstone walls and an amazing collection of costumes, weapons and paintings. Eagles perch on the battlements and dive out into the desert air, in search of prey. From there, it's about a 175 mile drive, across the Thar Desert (also known as the Great Indian Desert) to Jaisalmer, one of the remotest cities on the sub-continent. It takes over four hours, with not a great deal to see en route until, almost out of nowhere, a vision that looks as if it belongs in the Arabian Nights or has been built by a particularly creative Hollywood set designer appears on the horizon. This is Jaisalmer, a fortress town, standing like an island in the expanse of the desert. It has thick walls and narrow, ancient streets, which seem timeless and can scarcely have changed across the centuries. You can stay in a variety of good hotels here and several of the best are Havelis, formerly grand houses of merchants or courtiers. Alternatively, you can visit both Jodhpur and Jaisalmer, as well as Jaipur and Agra and several other great Indian destinations on the Palace on Wheels. This leaves Delhi once a week, with each coach being a modern reproduction of the private coaches that the Maharajas had at their disposal during the time of the Raj. It acts as a kind of mobile hotel, with all journeys being overnight, so that you awake somewhere new each morning. all meals and excursions are included and you will be treated like an honoured guest for the entire journey.

Why not chat to one of our experts! 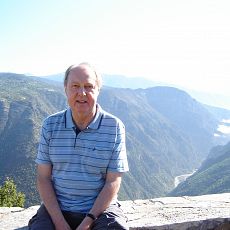 We'll call you back

Leave us your contact details and we will be in touch.